Medium : “Here Is How To Survive And Thrive As A Highly Sensitive Person” 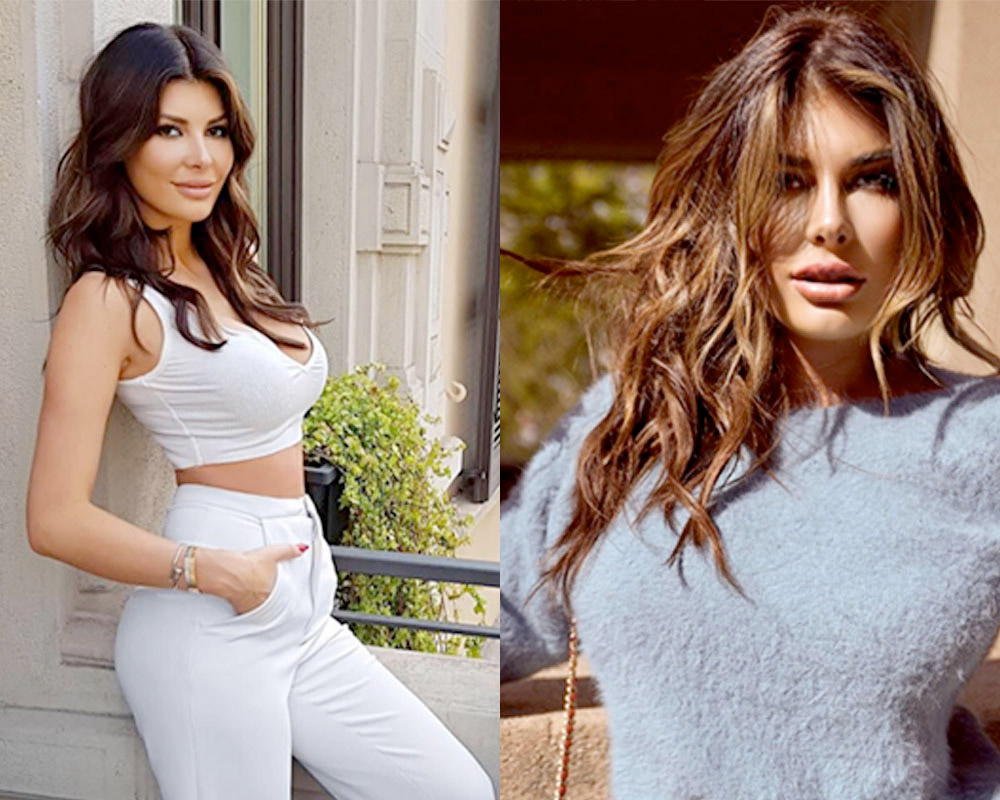 The most important thing is to try to understand that person even it’s difficult or sometimes seems impossible. For the sensitive person, the most important thing is to feel that the partner believes him/her. As a partner of a highly sensitive person, you will often hear strange ideas, you will face weird moods, or you will feel unfamiliar emotions. The good news is that you will never be bored.

As a part of our series about How To Survive And Thrive As A Highly Sensitive Person, I had the pleasure of interviewing Angela Martini. Born in Shkodër, Albania, during a time of economic unrest, Angela Martini moved to Switzerland at the age of ten. She began her professional modeling career at the age of eighteen, and at the age of twenty-one, against the advice of the people around her, she booked a one-way ticket to Miami to pursue a modeling career in the United States. Within a few months, she was signed by Elite Model Management, one of the world’s premier modeling agencies in New York City. In 2010 Angela was crowned Miss Universe Albania. Two weeks later, she placed sixth in the Miss Universe pageant, still the highest finish for any Miss Albania. Incredibly, she achieved this without any training or preparation — or even a hair and makeup team! In 2017, Angela found a new passion for helping others and became a certified life coach. She recently published her first book, Love. Hope. Light as a guiding light to those who may only see darkness. She hopes her story will inspire others to overcome their own personal trials.

Thank you so much for doing this with us! Can you tell our readers a little bit about yourself and what you do professionally?

My name is Angela Martini, I’m a certified life coach and the author of Love. Hope. Light. For several years, I was an international model and also competed in the Miss Universe pageant representing my native country of Albania. In 2017, I became a life coach and today, I’m focused on helping others overcome personal issues and strive to be the best version of themselves through my coaching.

Can you help define for our readers what is meant by a Highly Sensitive Person? Does it simply mean that feelings are easily hurt or offended?

A highly sensitive person is someone who is pretty much on the way to enlightenment because he or she feels everything more powerfully. They can easily understand the spiritual world, which is the base of our reality. They also can see past the material walls of our society. Being a highly sensitive person can be challenging to understand for people who are not highly sensitive. In today’s society, it can even appear to be a negative characteristic or a handicap. The reality, though, is entirely different. If managed the right way, being highly sensitive can be a huge advantage.

A highly sensitive person may feel or express too much toward others, and that can, in turn, make you feel like you don’t fit in or something is wrong with you. However, this is not the case. As an HSP, your brain is more sensitive, and you feel every feeling way more amplified.

Does a Highly Sensitive Person have greater difficulty with certain parts of popular culture, entertainment or news, that depict emotional or physical pain? Can you explain or give a story?

As an HSP, you see shades of emotions that no one else sees. You understand and feel the world differently. This being said, a highly sensitive person might not be able to handle watching or learning about upsetting or sad things on the news. They will likely feel the pain of the people involved or directly affected, unlike others who can watch the same thing and move on with their lives.

When does the average person’s level of sensitivity rise above the societal norm? When is one seen as “too sensitive”?

I think being highly sensitive is all about perception. If the majority of people don’t feel or react the way a highly sensitive person reacts or feels, then they’re automatically seen as “too sensitive” only because they are not the majority. However, this is not true. That person is just unique, and the others don’t have the tools to understand or feel what they feel.

As an HSP, you see shades of emotions that no one else sees. You have a fantastic intuition, and you can be a great leader offering cooperative and compassionate leadership. You help the ones around you to process their feelings and discover ways to meet their needs.

There seems to be no harm in being overly empathetic. What’s the line drawn between being empathetic and being Highly Sensitive?

Empathetic people share a lot of the same characteristics as highly sensitive people. They both absorb other people’s emotions, and both require alone time and have an aversion to large groups. Although they are both introverts, empaths can sometimes also be extroverts too. They both share a love for quiet environments and feel a strong sense to help others.

The essence of social media is to share. People share their daily lives, their thoughts, their favorite things, etc. A highly sensitive person can tend to express too much at times, and that can, in turn, make them feel as if they don’t fit in or something is wrong with them. You need to be aware of the fact that others may not understand you because they don’t have the tools you have. Although challenging, once you understand and accept that, you need to use this gift in your favor. You have ideas, intuitions, strong emotions, and profound thoughts, and they should be shared.