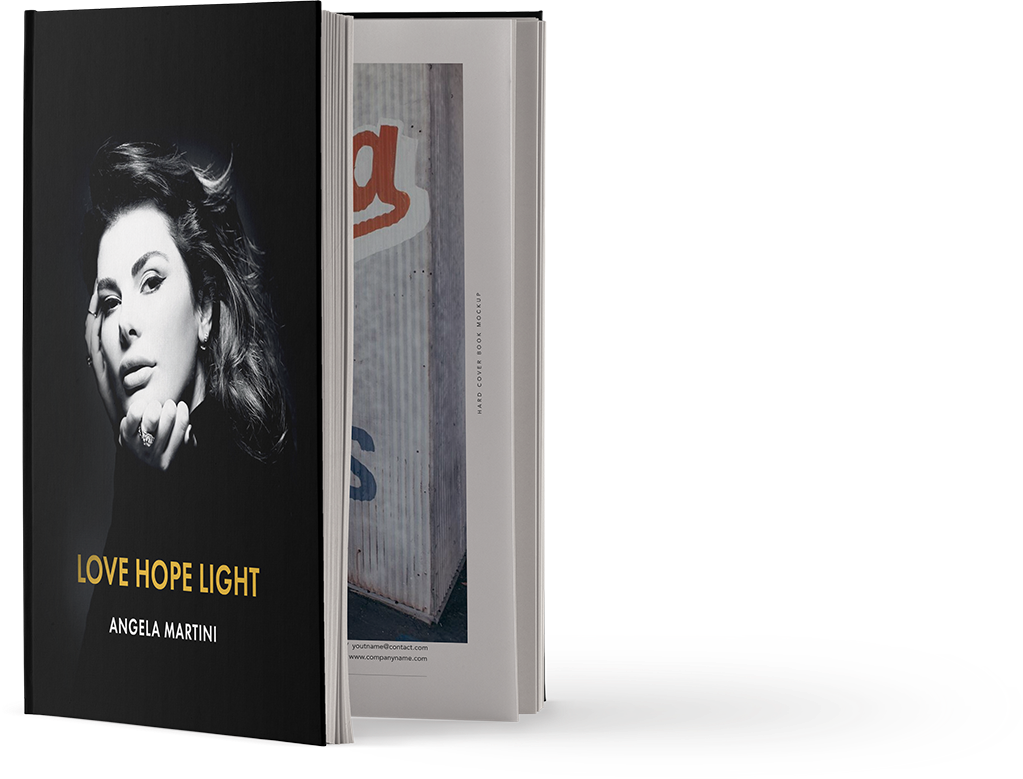 As a young girl growing up in Albania, Angela is insulated from the poverty and rising political tensions in her homeland by her mother’s loving, protective presence. But when Angela is nine years old, a series of events is set in motion that will forever change the course of her life—as well as her mother’s.

Fearing for her daughter’s safety, Angela’s mother, Nexhi, makes the heartrending decision to send Angela to live with her father in Switzerland, where he had fled a few years earlier once Communism began to collapse.

Reflecting on the lessons of her childhood and the wonderful example set before her, Angela is inspired by her mother’s efforts to bridge the divide between cultures, a lifetime of work that will have a lasting legacy, and by her abiding belief in love despite being married three times—twice to the same man!

As much a tribute to the author’s beloved mother as it is a personal memoir, Love. Hope. Light. is a multigenerational story of tenacity and the resilient power of love and family to overcome adversity.

Angela Martini’s book which is as much a tribute to the author’s beloved mother as it is a personal memoir, Love. Hope. Light. is a multigenerational story of tenacity and the resilient power of love and family to overcome adversity.

Born in Shkodër, Albania, in 1986 and then relocating to Switzerland when she was ten years old, Angela Martini began her professional modeling career at the age of eighteen. Within a few months of permanently relocating to the US, she was signed by Elite Model Management, one of the world’s premier modeling agencies.
In 2010 Angela was crowned Miss Universe Albania. Two weeks later, she placed sixth in the Miss Universe pageant, still the highest finish for any Miss Albania. Incredibly, she achieved this without any training or preparation—or even a hair-and-makeup team!
In 2012 Angela launched her own bikini line—Martini Bikini—where she serves as both its creative and business force. In addition to being an entrepreneur and a highly successful model, Angela found a new passion in helping others and became a certified life coach. She wrote Love. Hope. Light. to be a guiding light to those who may see only darkness, and she hopes her story will inspire others to overcome their own personal trials.